My first mirrorless camera was a Micro Four Third back in April 2011. It was a Panasonic Lumix GF2 . Back then , the GF2 was a very good camera … and it did perform quite well … You can check my GF2 Flickr Album taken between 2011 and 2012 HERE…

With the launching of the Fujifilm X-Pro1 in June 2012, I sold my M43 system and shifted to Fujifilm … and after that to Sony …

Since then, I was watching the M43 system closely but never went back … I was always tempted by what Olympus was producing since the OMD-EM5 … those excellent tiny lenses, the wonderful IBIS (In Body Image Stabilization) , the extra features that only Olympus make: like the Live Bulb, Live Composite, Live Time Mode, etc … Many times I placed an order for an Olympus set and cancelled it few hours later … Until, they launched the PEN-F.

One might ask Why I chose to go “back” to M43 , now that I shoot with APS-C and FF mirrorless … Well the answer is very simple : Size and Weight and Tech. The Pen-F can be the perfect system camera for Travel and Street photography.

All these lenses can fit in a shoulder bag like a Think Tank Retrospective 6 bag or the Tenba Cooper 13 Slim, and it doesn’t feel heavy, but you will rarely need to carry them all. If you compare the size and weight of this system with the Sony or the Fujifilm, you will see what I mean … The Sony A6500 body might be as compact and lightweight as the PEN-F, but when you add a lens to the Sony and the equivalent lens to the Pen-F you will feel the difference …  By the way I decided not to go with the PRO lenses as I consider this system my lightweight system.  I will be still using the Fujifilm for the excellent f2.8 zooms and the Sony as the most Versatile and fast photo and video camera.

The M43 system has today the most set of lenses … from Olympus, Panasonic and third party manufacturers. In a Previous article I posted a Complete list of M43, X and E mount lenses

Now it’s been more than 2 months that I am using the Pen-F, and I am really enjoying it a lot. The Fun Factor of this cam is absolutely great.

The advantage of Weight and Size doesn’t compromise a lot on the Image Quality … When I decided to go to M43, I was ready to accept the lesser DR and ISO performance of the Pen-F. But when I used it, i was surprised that the difference with the larger APSC sensors is not as hyped as it is… Yes … the APSC might give you a half stop or maybe one stop better ISO performance … It might give you a 1.2 EVs better DR. The Question is : How many times you shoot at higher than ISO 6400 or 3200 ? and How large do you print (for those who do) ?

The main advantage for me using a camera like the PEN-F is the connection between me and the Camera … the controls are the best I’ve seen on a camera yet . Holding the camera feels just great … All the controls are just in the right places … I like a lot how you can use the front control wheel to change ISO in A and S mode for example. Fujifilm added this feature now in the GFX and X100F: they still have the ISO dial a la X-T2 and added an option to change the ISO with the front control wheel: Personally I don’t like this duality, although I can understand that some photographers prefer the physical dial on the X-T2 and some prefer the direct control of the Control Wheel .. I personally find control layout on the PEN-F ideal … Maybe I wished that the front color dial was customizable to set another feature to it … but this is not a big deal  for me.

Here are some sample photos shot with the Pen-F. You can check my Album HERE 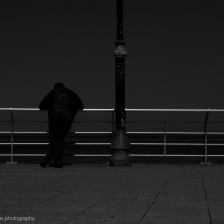 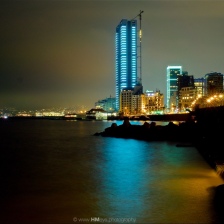 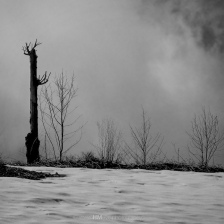 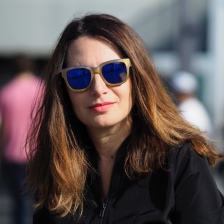 I want you to judge the ISO performance of the Pen-F from these samples.

If you care to have a compact system, and I mean really compact, the Pen-F is the way to go. The image quality and performance differences between a Micro Four third  and an APS-C cameras are not as it used to be before. The larger the sensor, the larger and heavier the lenses are. The Image Quality of larger sensors is for sure better, the Question is : How much better it is? . The sensor of the Pen-F is good enough in most situations, especially with the Olympus PRO lenses. It’s mainly your needs that will determine if an M43 system is enough or not for you.