Too many new entries marked 2017: 2 new mirrorless Medium Format were introduced for the first time: Hasselblad X-1D and Fujifilm GFX. I tried both: The X-1D feels better in the hands, the files look nicer than the Fujifilm but it’s more expensive. The GFX feels more versatile, better featured, faster in Autofocus and in startup. I skipped both, because I am still not tempted by the large format sensor.

I also tried the new Leica M10. The M10 feels better than the M240 in the hands. Files look awesome. But honestly, I didn’t find the upgrade from the M240 worth it, so I decided to skip waiting for a next generation M11.

Sony introduced the A9 and A7rIII in 2017. I decided to go with the A9 for the speed and smaller MegaPixel sensor. 24MP fulfills my photographic needs better.

Olympus came strong with the new OM-D E-MII to Prove that Micro Four Thirds can challenge the best APS-C sensor ILCs with a set of excellent features and an AutoFocus that is hard to beat. 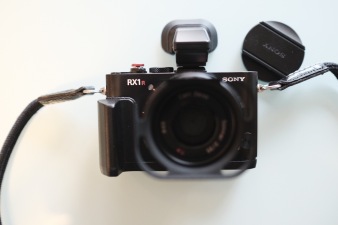 Favorite Strap : Peak Design Straps: all of them